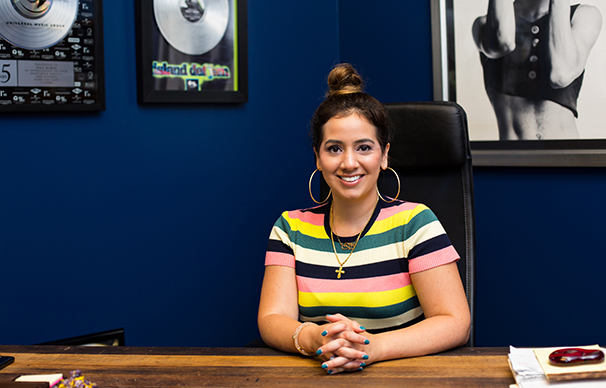 With some assistance from ACE, Dina Marto’s business, Twelve Studios, was named a winner in the Wells Fargo Works for Small Business: Neighborhood Renovation Program Contest. The award includes a prize of $10,000.

“I would not have known about this opportunity if ACE had not alerted me to it,” Marto says. “ACE has done a wonderful job of identifying my needs and helping me progress with opportunities like this.”

She plans to give her Atlanta recording studio, which employs a staff of nine, a “facelift” and a new coat of paint, among other enhancements.

“Wells Fargo is thrilled to award 20 inspiring small businesses with renovations that hold the promise of both transforming each of the businesses, and making a positive impact on their neighborhoods,” said Doug Case, Wells Fargo Small Business Segment Manager. “Through our contest, we’re building on our long history of community outreach and track record of forging strong relationships with small business owners across America to help them succeed financially.”

Marto founded Twelve Studios in 2011. A recording studio and artist development company that discovers and cultivates talent in Midtown Atlanta, it is home to numerous Billboard hits, including Nicki Minaj’s “Anaconda” and Miley Cyrus’ “We Can’t Stop.” It is also the first studio in Atlanta to receive a proclamation from the city of Atlanta. “The Twelve Studios formula is a local-to-global offering that provides a true value proposition helping to sustain Atlanta’s leadership in entertainment,” says Councilman Kwanza Hall.

Marto was born in Amman, Jordan, and graduated from Oglethorpe University. Before striking out on her own, she worked at Island Def Jam, where she was mentored by Antonio “L.A.” Reid. She named her unusual company with some mystical connections in mind.

“The number twelve symbolizes faith, order, and perfection,” she writes on her web-site. “There are many measurements of twelve such as twelve months in a year, twelve astrological signs, and twelve musical notes. Twelve signifies creativity and represents completion.”