Getting to know Jeff Moody, Grant Writer for ACE 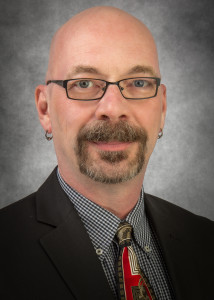 Much was at stake the first time Jeff Moody filled out a grant application.

He had attended Young Harris College and then earned a bachelor’s degree in psychology at Georgia State. Moody was trying hard to find a job, so he took a temporary internship at the Georgia Department of Public Health. His supervisor told him that if he could secure a grant by the end of nine months, he would be hired permanently.

“Needless to say I was very motivated to be successful,” Moody says. As a result of his efforts, the organization received a $350,000 federal grant. He was hired, and he knew he felt a calling.

“What I love most about grant-writing is that, no matter how technical and boring it may look, it’s a creative process,” Moody says. “It’s also a way to make a difference, to help an organization that is improving your community.”

Moody, who grew up in Hiawassee, went on to specialize in HIV/AIDS fund-raising. His deft paper-pushing built the first free-standing HIV clinic in Rome, serving northwest Georgia. He also worked for AID Atlanta, one of the premier organizations of its kind in the Southeastern region of the country.

In 2010, he decided to move back home to care for his newly widowed mother. He began searching for jobs with nonprofits and happened upon ACE.

“I had no idea what ACE did, and I had no background in finance,” he says, with a laugh. “What I did know was that I immediately loved Grace and all of the other people involved. I could see that they all had this very strong, meaningful commitment to what they do, and I decided that I wanted to be a part of that. I set about learning this whole, new industry.”

“We are very fortunate to have someone with Jeff’s attributes here at ACE,” says Grace Fricks. “Not only is he a great writer, but he’s successfully able to convey our vision and mission and connect with our funders.”

Moody’s colleagues marvel that he never seems flustered, even as a work-load mounts. How does he stay calm? He has developed a regimen of meditation. “Meditation has saved my life,” he says. Besides, he entered this profession with a deadline, so he is accustomed to pressure.