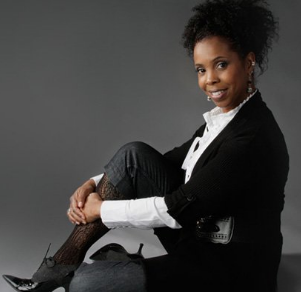 About 10 years ago, Ceata Lash stopped chemically relaxing her hair.

“In its natural state, it had this thick, coarse texture that was hard to style creatively,” she recalls. “Searching in stores and online, I noticed that most of the accessories are designed for straight, thin hair. Those products cinched my hair to its smallest point of resistance, creating what I call ‘bunny tail hair’ – not a good look for a grown woman. They also caused hair damage and breakage.”

Lash began researching the market and found that other African-American women – and plenty of other women and men with curly hair or braids – were experiencing similar frustrations.  She found inspiration from her 99-year-old grandmother. “I wondered, ‘Did she do everything she wanted in her long life? Did she pursue all of her dreams?’ I believe the answer was a resounding yes,” she says, “and that prompted me to explore some ideas of my own. I figured if I failed, it wouldn’t be for lack of trying.”

Moreover, her grandmother just happened to have a special hairclip. Eyeing it, Lash began to tinker with different concepts like an inventor. She had earned a degree in graphic design from Northern Illinois University, so she was familiar with the creative process. She teamed up with some engineer friends who were handy with a CAD three-dimensional printer, and they ultimately came up with what she calls the PuffCuff. It has unique teeth designed to grasp the curls, but not to glide through them like a comb or a banana clip, so it doesn’t tangle or damage the hair. She rolled out the first PuffCuff in 2014 and became the first African-American woman to hold two patents for curly-hair accessories.

“Then, we sought funding the traditional way,” she says. Lash, who lives in Powder Springs, approached three banks, only to be turned down. “We were already showing a profit, and we had a sound business plan, but they still denied us.”

At last, she heard about ACE. “I was spending money on credit cards with high interest rates,” she says. “A $50,000 loan from ACE helped me consolidate my debts and get my payments down.”

Since then, Lash has sold more than 100,000 PuffCuffs through amazon.com and her web-site, PuffCuff.com..“We market through social media, but we’ve really benefited from old-fashioned word of mouth,” she says. Glowing write-ups in Marie Claire and Allure magazines also have helped.

“ACE is truly a godsend and an answer to my prayers,” Lash says, “It’s the only entity I know of that really reaches out to women, minorities, and other underserved entrepreneurs who have a dream and just need a little help achieving it.” 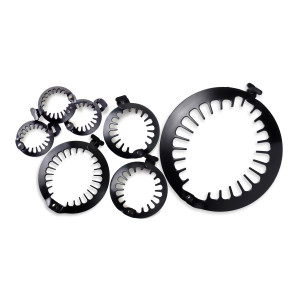 PuffCuff Hair Clamp is designed to GRASP your hair, lock into its texture and hold hair in a puff style. It’s available in several sizes.