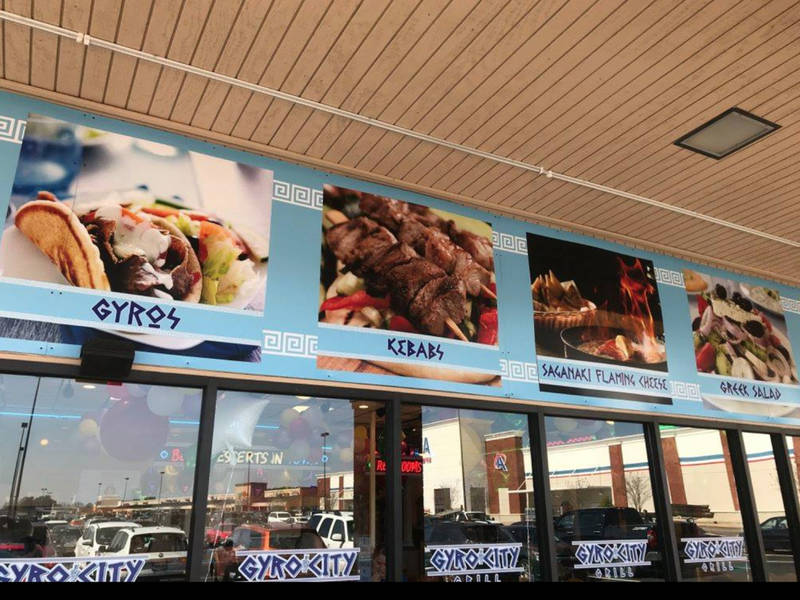 Ted Varno has found the recipe for success at Gyro City Grill.

Business has been sizzling since he and his partner, George Tselios, opened the restaurant at the beginning of this year. Serving more than 100 items of nutritious Mediterranean food, all glistening with olive oil, it has quickly established itself as a popular dining spot in Hiram, which is undergoing a development and population boom.

Tselios, who is Greek, handles the food, using his mother’s recipes, while Varno, a retired computer programmer, deals with the business and technology aspects of their venture.

“I didn’t enter into this business lightly,” Varno says. “I wanted to do this for my son.”

He started his research with the SBDC based in Kennesaw, which helped him project costs, and then he approached ACE for funding. ACE loaned him $50,000, which he applied toward equipment and operating costs. He began scouting locations, keeping in mind the surrounding housing, traffic patterns, and parking availability, as well as the health codes.

“We couldn’t have done this without ACE,” Varno says. “When you’re a small business, it’s hard to get a loan from any other lending institution without being established for years and years.”

Gyro City Grill employs a staff of 35, who whip up hummus, chicken lemon soup, galaktoboureko (phyllo with custard), and, of course, that Mediterranean mainstay: the gyro, lamb wrapped in pita bread and smothered with creamy tzatziki sauce. Now that this diner is up and running, the partners are planning to open a fish restaurant in Vinings next.

Varno says he intends to continue using all of ACE’s resources at his disposal, especially when he needs advice.

“What I like most about dealing with ACE is the fact that everyone there has such great interpersonal skills,” he says. “They are easy to talk to, and they welcome my questions. You don’t find that at most banks.”