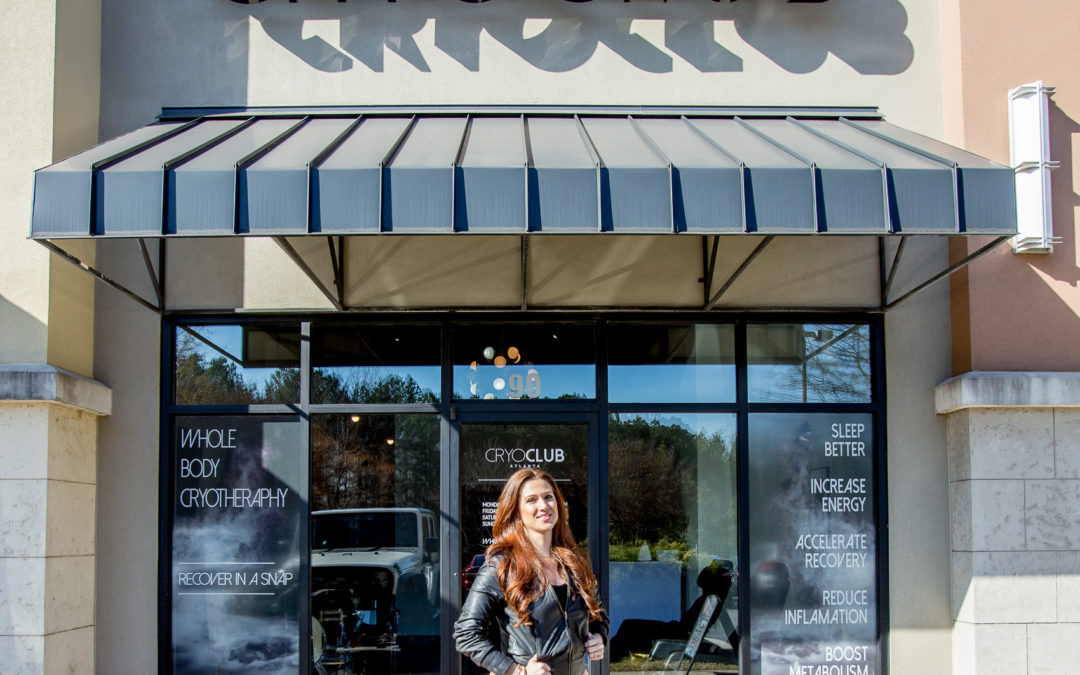 Jerome Lopez was training for a marathon when he heard the buzz in the fitness industry about cryotherapy, a system that super-cools the body to promote wellness and reduce inflammation. Family friends allowed him and his wife, Aubriana, to try out their cryotherapy machine. “I had just had a baby and was dealing with some post-partum issues, including back pain, which the machine really helped,” she says, “and my husband noticed that he slept better.”

Jerome decided to put it to the test for a 30-day trial period. He took blood tests before and afterward,  and saw that the therapy apparently had reduced his weight and lowered his cholesterol. “I was able to train harder with less recovery time for my body.”

Aubriana says, “So the question became: How can we share this beneficial treatment with others? Most people can’t afford a $70,000 machine.”

She began doing research on funding options. “With regular banks you have to be more established, operating for years. Then I came across an ad for ACE.” she says.  ACE loaned the Lopezes $112,500, and they opened Cryo Club in Vinings two years ago. Business has boomed ever since. “We have 20 to 50 appointments a day,” Aubriana says.

Each cryotherapy session lasts only three minutes, but its results are dramatic. “Some of our clients are avid athletes in training,” she says, “and others are people who are suffering from severe arthritis. We’ve had clients regain the ability to walk without a cane.” Cryotherapy also helps with depression, accelerates metabolism, reduces cellulite and skin blemishes, and boosts the immune system.

Jerome and Aubriana, who employ a crew of seven, are not stopping with cryotherapy, though. They plan to expand to offer infrared saunas that promote detoxification. “That would balance out our business,” she says. “Some people might not want to freeze during the winter, so the heat of the sauna would be a good modality. We hope ACE can guide us in growing our business.”