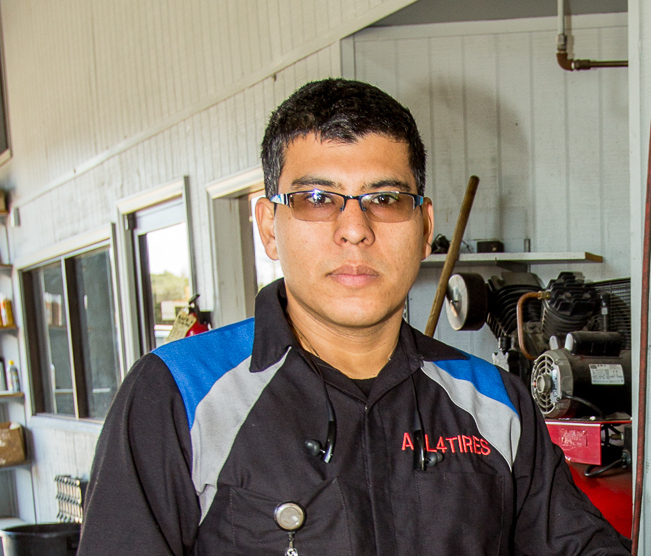 Alex Munoz grew up in Colombia and emigrated to New Jersey in 2009 to pursue the American Dream.

He opened a corner shop in New Jersey where he sold used tires. He worked with his stepfather and trained himself for various levels of certification. “I educated myself,” Munoz says.

Business was brisk, but after awhile, he wanted a bigger location. On a trip to Atlanta, he marveled at the city’s green spaces and affordably priced real estate. So Munoz sold his business and relocated, with $15,000 to invest in a new opportunity.  He envisioned a full service shop with an ample inventory of used and new tires. He needed equipment, balancers, lifts, and at least two employees.

Munoz did some research and found ACE. “When I first applied for a loan from ACE, I was turned down,” he says. “I had no collateral because I had sold everything.”

ACE advised him to start modestly and return in six months with collateral. Munoz evidently had tapped into a viable market. By the time he eagerly re-applied for a loan, he was already turning a profit at his Marietta business, which he named All 4 Tires. ACE granted him $30,000 to expand, and he purchased three buildings. He also acquired an alignment machine and doubled the number of tire changers, lifts, and the inventory of tires.

“Today, I have seven employees at the full service shop I imagined,” he says.

All 4 Tires also is an official associate with Goodyear and Valvoline, which refer business to him.  Advanced Auto Parts selected Munoz’s business to be part of TechNet, a type of insurance reserved to the shops that represent the higher sales in the area. All 4 Tires was named the most successful business of its kind in the area.

“Some people don’t believe me when I tell them how much I have grown from what I started with,” Munoz says.

He plans to use other resources at ACE, including counseling on marketing and management. So far, the advice from ACE has had a great impact on All 4 Tires’ net sales, which show a 150% increase in monthly gross revenues. Not only was he able to service more cars at a time but also to retain customers. “When clients buy a tire they expect you to have it in stock,” he says. “By increasing our inventory we keep many customers that otherwise would have gone to the next shop,” he says.

In the future, Munoz hopes to expand even more. “Right now, I am trying to maximize my bottom line with what we already have.  However, in five years, I want to move to an even bigger location. ACE has been a dream come true for me,” he says.