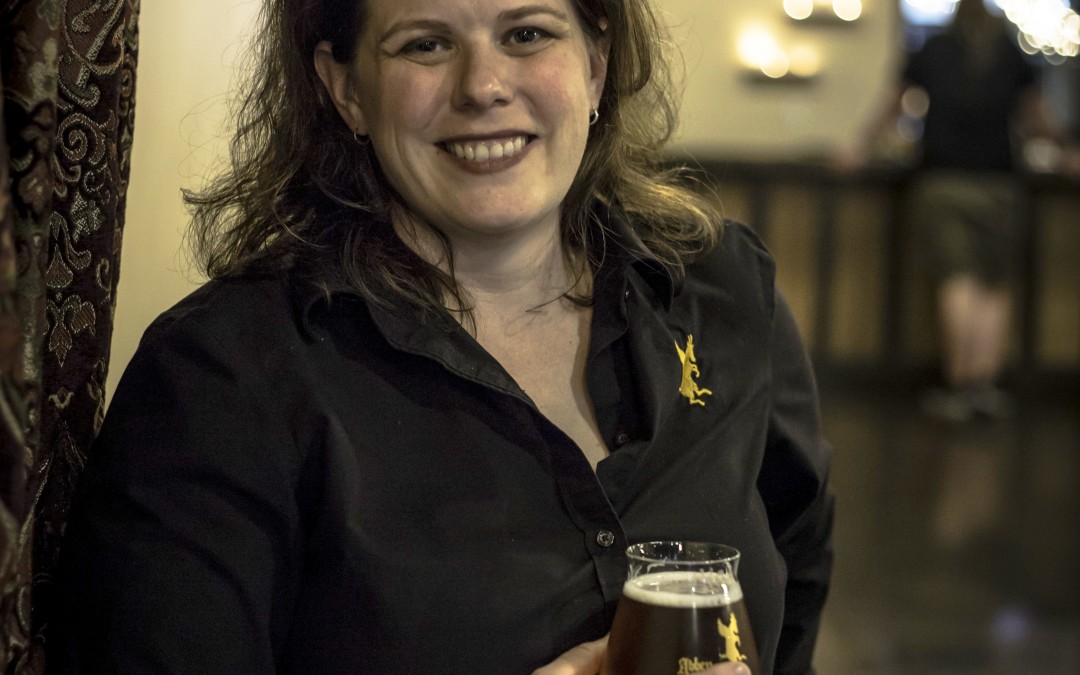 It started as a birthday gift.

“My parents gave me a brew kit,” says Kathy Davis, who graduated from Johnson & Wales University.

She was especially interested in Belgian ales, which, she learned, were once the artisanal hallmark of monks.

In 2015, ACE loaned her around $190,000 to purchase more equipment for a business she had christened Abbey of the Holy Goats Brewery.

“The name combines two of my interests,” says Davis, who calls herself “Head Goat.” “I had considered taking vows to become a Buddhist nun at one point, and I also considered operating a goat farm.”

Davis became the first woman to own a brewery in Georgia, and her business is one of only a few that specialize in Belgian and sour ales.

“Because of my culinary background, my beers are designed around gastronomy,” she says.

Holy Goats expects to produce around 1,000 barrels this year, which distributors will sell to more than 250 restaurants and bars in Atlanta and North Georgia. The brewery, located in Roswell, currently employs a full-time staff of three, but Davis plans to expand in the next six months and hire another seven workers.

“ACE was tremendously helpful in helping me launch this company,” she says, “and I enjoyed taking advantage of an ACE mixer that was partnered with Sam Adams to explore restaurants and hospitality.”