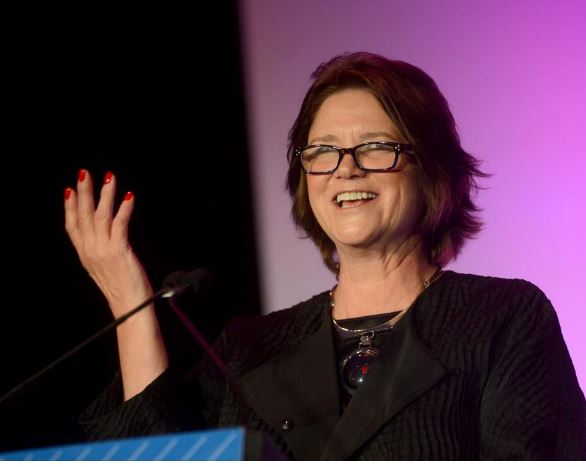 ATLANTA (December 19, 2016) – Grace Fricks, president and CEO of Access to Capital for Entrepreneurs Inc. (ACE), has been selected as one of Bizwomen’s 100 Women to Watch for 2016. Fricks has been named to the publication’s inaugural list along with two other Georgians: Allison Dukes, CEO and chairman of the Atlanta

Each of the women recognized was featured earlier this year by one of the 43 sister publications of American City Business Journals (ACBJ); Fricks had been named one of 20 Women Who Mean Business by Atlanta Business Chronicle. All told, more than 1,000 women were profiled by ACBJ publications across the country, from which the final 100 Women to Watch were selected.

According to Mark Mensheha, director of the national news desk at ACBJ, “We think each of these 100 is someone you should know. Collectively, they have a record of success that spans decades and they are poised to continue impacting their companies, and their communities, for years to come.”

Under Fricks’ leadership, ACE has spent nearly 16 years building relationships with both members of the financial industry and local entrepreneurs. As the only Community Development Financial Institution loan fund in Atlanta serving small business, ACE provides access to capital, business coaching and community connections to underserved small-business owners — particularly women, people of color, and those in low- to moderate-income communities. “It is such an honor to be recognized among this group of dedicated women who are making a difference in business and their communities,” remarked Fricks. “I am humbled to be appreciated for the efforts made by the entire team at ACE to help anyone in Georgia who has the desire — and, most importantly, the drive — to own his or her own business to have the economic opportunity to do so.”

ACE is a 501(c)(3) nonprofit and Community Development Financial Institution (CDFI) loan fund that provides loans and business consulting services to help borrowers throughout Metro Atlanta and North Georgia create and grow stable, sustainable businesses that generate jobs. ACE specializes in working with underserved populations, particularly women, minorities and low-income business owners, to help drive economic mobility and build stronger communities. Founded in 1999, ACE has loaned more than $37 million to entrepreneurs, which has created or saved more than 6,600 jobs in Georgia. As a nonprofit, ACE relies on operating and program grants and private contributions to support a portion of its budget. ACE has offices in downtown Atlanta and Cleveland, Ga., and an ACE Women’s Business Center in Norcross, Ga.