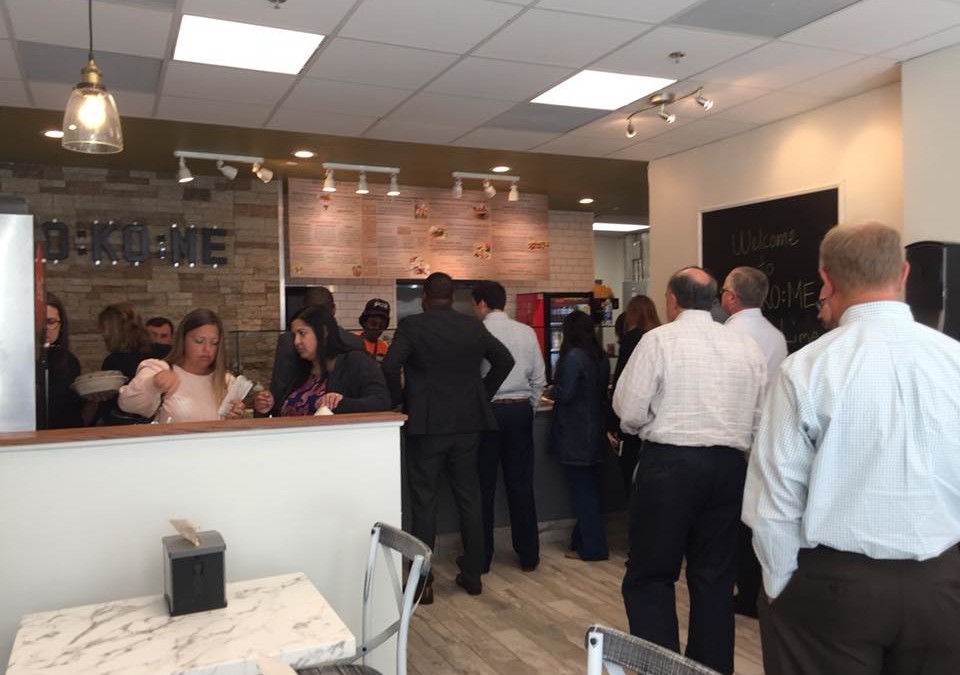 “Sokome” is what is known as a portmanteau, a combination of words smashed together to create a new meaning. In this case, it denotes a fusion of cuisines, using their first two letters:  Southern—Korean—Mexican.

Danny Yi – chef, entrepreneur, and global citizen — had been working as a mobile food vendor at festivals across the city. “I wanted to come up with something new to set me apart from the other vendors,” he says. “I started experimenting, and I concluded there was a market for this particular combination of flavors.”

Soon enough, he decided his business was ready for bricks and mortar, but building took longer than he anticipated. He heard about ACE through the Georgia Municipal Association and secured a loan for $30,000 to apply toward construction costs.

Sokome opened in downtown Atlanta last October. It employs three workers, with immediate plans to hire at least one more, and the busy bistro plans to expand its menu to include more sandwiches and to offer catering services.

Yi, who was born in Korea but grew up in New Jersey, holds degrees in mechanical engineering and bioengineering from Clemson. “At some point, I realized I didn’t want to pursue those fields,” he says. “I’ve always loved cooking and interacting with people, and I’ve always had an entrepreneurial spirit.”

He says he plans to take advantage of ACE’s other resources soon, such as coaching in marketing and developing a strong business plan. “ACE helped me realize my dream, and I just want to keep growing.”