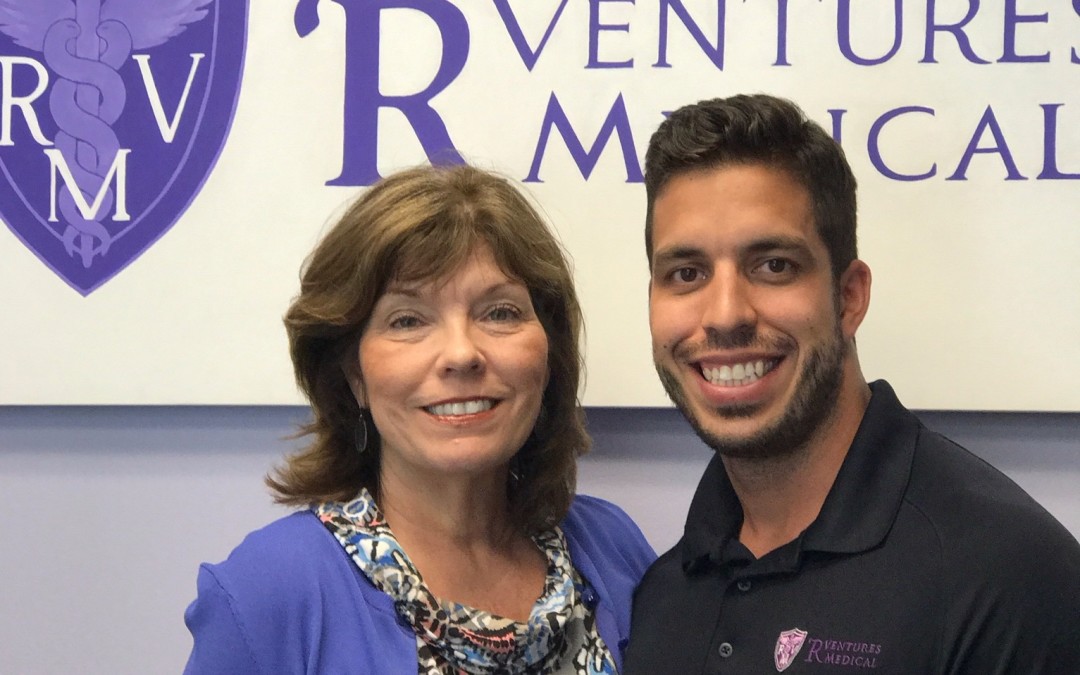 When Robin Santana was 35, she had to undergo open-heart surgery to repair her Mitral valve. The timing of her surgery was quite significant, as her surgeon discovered that she had developed a large blood clot, which could have eventually dislodged causing sudden death.

“I realized medical technology had saved my life,” she says. In it, she found both a calling and a business opportunity. Her surgeon mentioned to her that he believed lasers eventually would be used to access the heart without cutting open the sternum. “I saw how lasers – these healing beams of light — could have this positive impact on patients and their recovery,” she says.

So Santana began researching sources of medical equipment, especially surgical lasers. In 1995, she founded ‘R Ventures Medical, which specializes in the distribution of all types of new and pre-owned medical equipment from its Kennesaw headquarters. And Santana became known as “the laser lady.”

“I was one of the few women working in that field at the time,” she says.

She founded a second company in 2002, Lase’R Ventures, and then sold it but stayed on as Director of Sales and Development until 2014.

“Lase’R Ventures was sold in 2015 and now touches lives in 48 states,” Santana notes.

Her son, Justen Santana, joined the business after a shoulder injury ended his stint as a football player at the University of Alabama. “Justen brings discipline and tenacity to everything he does,” his mother says. He now serves as Vice President and Director of Operations.

With expansion in mind, ‘R Ventures took out a loan from a local bank, but a broker referred Santana to ACE in 2014.

“ACE took a bit of a risk with me,” she says, “but their assistance enabled us to refocus, restructure, and grow. All of the representatives of ACE are so supportive and so inspirational.”

The gamble paid off. Her business’ sales went from $300,000 annually to $2 million; her warehouse space tripled in size to 36,000 square feet; and her staff grew from three employees to 19.

“Our employees are the core of our business,” Santana says. “What sets us apart is our ethics and the dependability of our workers. We’re very much a God-centered business.”

Today, ‘R Ventures offers a variety of pre-owned equipment to the world market, including C-Arms, ultrasounds, endoscopy, MRI/CT Scans and more from premium OEMs such as GE, Storz, Olympus, and Siemens. The company has numerous contracts providing equipment sales and logistical services to include Northside Hospital, Walgreens, and Northeast Georgia Medical Center.

“Another motivation to start RVM was to be able to reutilize medical equipment items to the world in need versus wasteful discarding of those items,” she says.

What is next for Santana?

“I would like to get more involved with ACE and become a mentor to other up-and-coming entrepreneurs,” she says. “That’s where my heart is.”