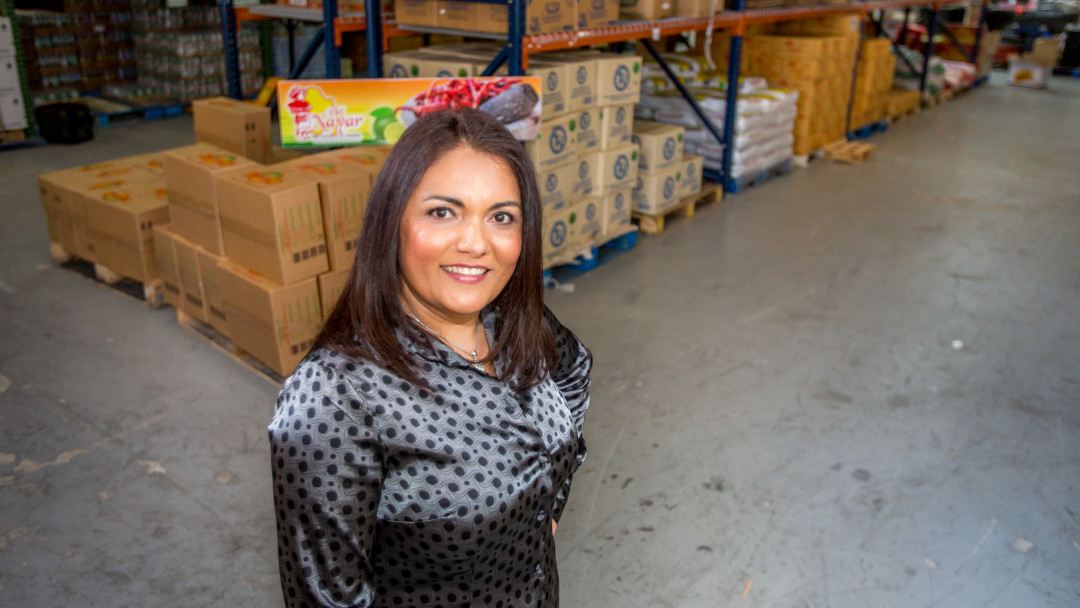 Julissa met with two different banks before coming to the ACE Women’s Business Center. They could not help her, but the last bank she saw referred her to us. “They help women” they told her, and she was intrigued. All she wanted was a loan, but she couldn’t help but wonder what “help” they were talking about. The day she came to the office she knew well her numbers – she could recite her company’s sales, profits, and payments. DSD is a food distribution company that sells products from her native Mexico and Central American products to other retailers. Her clients vary from small to large Hispanic grocery stores and restaurants.

It was her brother’s idea to start the business and the plan was set forth in her garage five years ago, joined by her husband and sister-in-law. They started with a small van she had, and with an initially small profit margin, they worked hard to increase sales. After five years in business they saw a big increase in demand; by mid-year they had matched the sales of the previous year and now they were short on cash to purchase more products. She resorted to a factoring service to alleviate her cash flow issues, but it pained her having to pay a high percent to borrow money for a few days until the payments from her clients came in. More orders were coming in and she did eveything she could to not refuse any order, so she started retaining her own paychecks. But this uncertainty was getting the best of her and she knew there had to be a bank who could believe in her business and lend her the capital she needed. The process was not without its own set of challenges, but in the end she was able to produce all the documentation needed to process the loan, and in the meantime she became very involved with the events and workshops at the ACE Women’s Business Center.

She participated in a business plan workshop, realizing that she never really had a business plan and it was not too late to create one. She participated in the 90 Second Pitch workshop, which is part of a series to teach our clients to better sell and market their services and businesses. Every time she attended our workshops she felt she learned something new and became more involved. When we offered The Pitch Competition Breakfast for Hispanic Business Owners, she decided she would take part in next year’s competition. Not only did she enjoy the speakers and learn from them, but she was able to make new connections for her business. At one of the workshops she met one of her clients for the first time, and made connections to buy the products from anther participant in that event.

Now that her loan is approved, Julissa feels like she can take a moment and enjoy the success of her business. After receiving the loan, she was able to buy a new truck to service new areas, increasing sales, and hire a new full time employee. A month later she was approached by ACE with the news that she was nominated for the opportunity to be a recepient of a Goldman Sachs program that sends small business owners to Babson College in Boston, the nation’s top-ranked entrepreneurship school, with a scholarship and everything paid, to receive trainning in business and leadership skills. “I am blessesed to have come to the Women’s Business Center. I only went there for a loan, but I found a community, and inspiration.” Everything Julissa has learned at the center during the workshops she has put into practice, and every connection she has made she  has turned into possibilities.  If chosen to go to the Goldman Sachs program in Boston only time will tell what great things she will do with that knowledge.