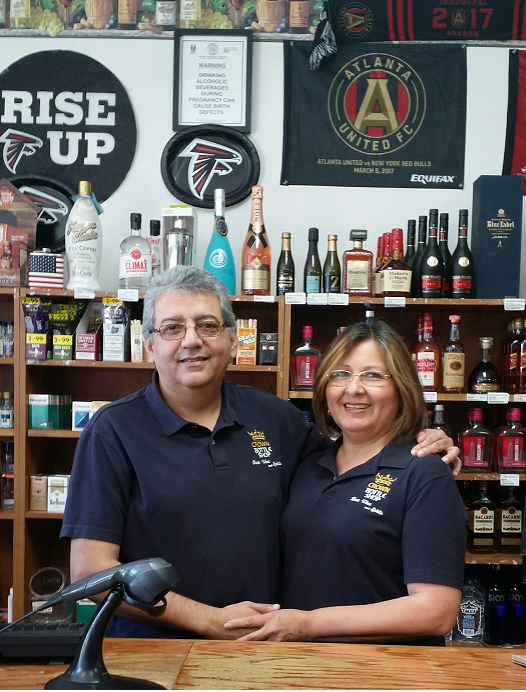 For 11 years, Freddy Marquez, an immigrant from Venezuela, worked hard in an Atlanta construction company. “I did everything,” he says, “interior department installation, sales, inventory control, and supervision.”

In 2008, the economy tanked, and the construction company gradually began to close to offices. ‘I told my wife, Nubia, this is it. We need to look for something different to do.”

One day, out for a stroll, he noticed a small store in a shopping center about a mile and a half from his home. “We learned that it had been a liquor store,” he says, “and it was 95 percent empty, just wine racks, wooden shelves, and a walk-in cooler. We looked at each other and said: nice location, close to everything including Kennesaw University, five hotels, apartment complexes, office buildings. It seemed like a nice opportunity – and a challenge.”

Marquez was prepared to work long hours, seven days a week. “My family owned a retail business in Venezuela, so I had an idea of what it would be like.”

He named his business Crown Bottle Shop, and his work ethic quickly began to pay off. “The goal for my first year was $380K, and we did $527K.”

“All of this is possible because I bought a Microsoft Dynamics RMS-POS inventory control system with that first ACE loan of $8,000,” he says. “ACE made my business a growing success.”

Back to “Meet Some of Our Clients” Page